To all visitors,
We thank you for coming in large numbers to discover the creations of the 12th edition of the International Garden Festival | Hortillonnages Amiens.
Currently closed, the Festival will reopen its doors from Thursday May 26 to Sunday October 16, 2022.

For any request, we invite you to send us an email at communication@artetjardins-hdf.com

We look forward to welcoming you on the next edition !

The team of Art & Jardins | Hauts-de-France 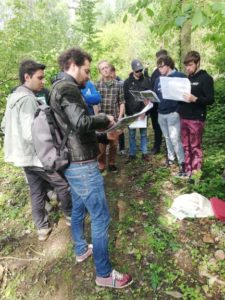 Cross-border projects are developed with for example, the INTERREG France / Wallonia / Flanders project with the Memorial Museum Passchendaele 1917. The aim is to create a Belgian Peace Garden in France (Le Quesnoy) and a French Garden of Peace in Belgium (Passchendaele), with professional actions of networking and cross-mediations. A second cross-border project is under consideration with British institutions such as the National Trust. A very ambitious project is taking shape which will be divided into three common themes: artistic gardens, food producing gardens and mining areas.

International partnerships have also been forged with, for example, the Municipality of Teheran for a Filter Garden Festival (qanats) in the heart of the Iranian capital. In March 2019, a partnership agreement was signed with the National School of Architecture of Marrakesh in two parts: one for the establishment of a Garden Festival in Marrakesh as part of Marrakesh, African Capital of Culture 2020, and the other for the accompaniment of the launch of a «Landscaping» section, with the National School of Architecture and Landscaping in Lille.